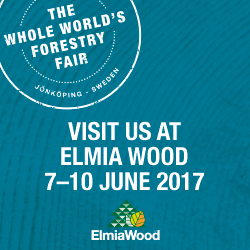 Find us at Stand 204. More information about Elmia Wood you can find here.
FORESTER WITH BITS AND BYTES
JANUARY 2017
The "Wochenblatt für Landwirtschaft und Landleben" reports about FOVEA

Read article (German)
FOVEA GETS FUNDING FROM LOWER SAXONY
DECEMBER 2016
FOVEA gets a research fund of 800.000 Euro from the government of Lower Saxony. In cooperation with the HAWK GÃ¶ttingen, that recieves 300.000 Euro of the fund, iFOVEA will be refined and adapted to the revised German calibration regulations.

Read the article about the funding (German) here and here.
FOVEA AT EKO LÄS (POLAND)
SEPTEMBER 2016
From 1st to 3rd of September 2016 the EKO LÄS will take place in Janów Lubelski (Poland). You can find FOVEA at stand 42. We look forward to you. 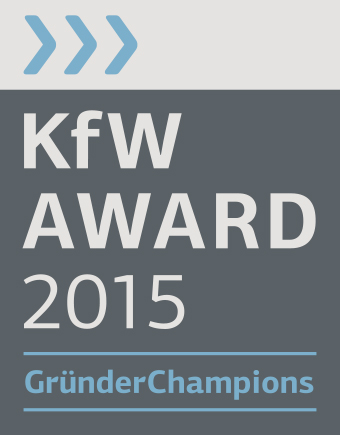 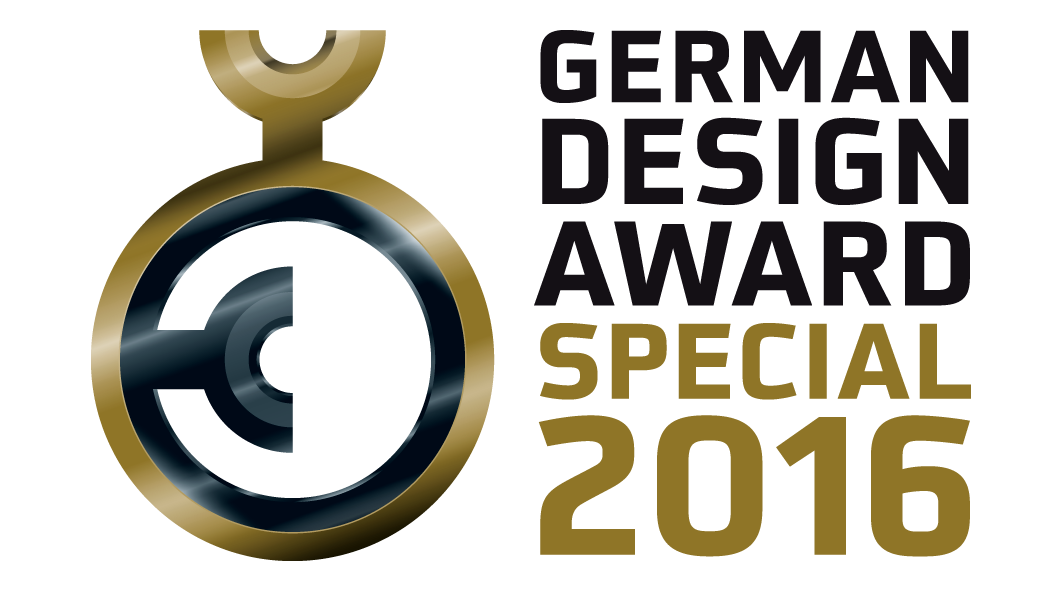 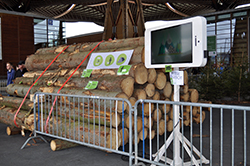 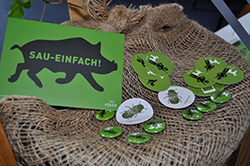 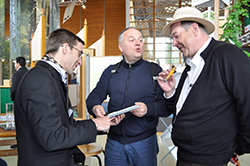 In May, the LIGNA took place in Hannover. FOVEA was there, of course!
FOVEA IS THE FIRST WINNER OF THE CEBIT INNOVATION AWARD
MARCH 2015 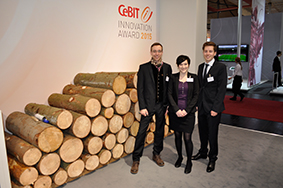 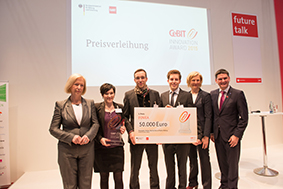 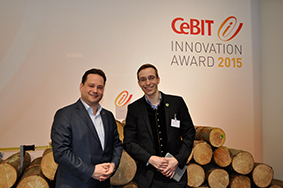 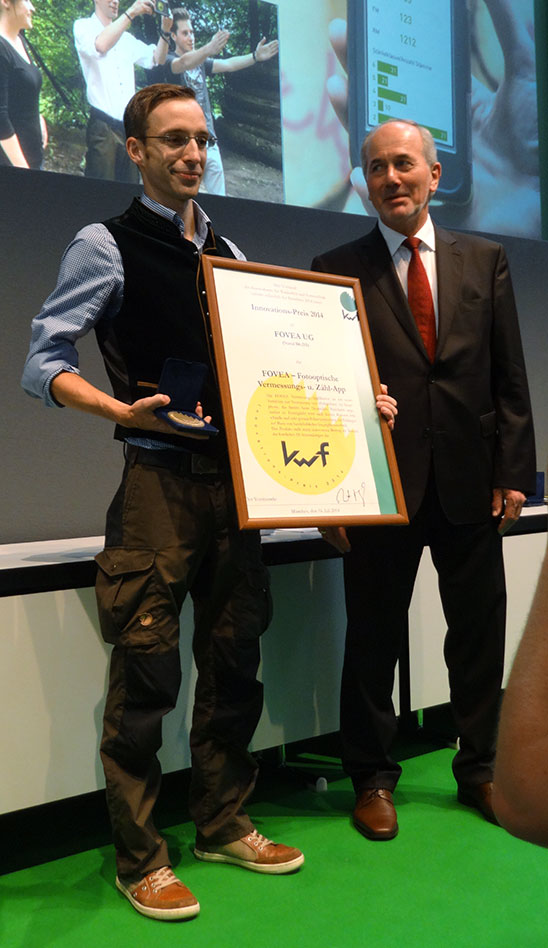 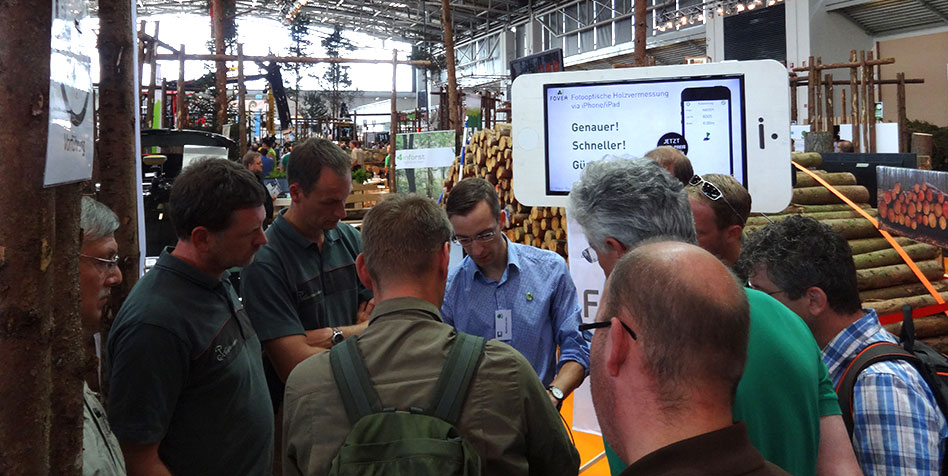 FOVEA is represented from 16th to 20th of July on the Interforst at the stand of KWF (Hall B6, Stand 112). You can find us at our 40 inch iPhone made ​​of wood, on which we will perform live on the following dates our applications: 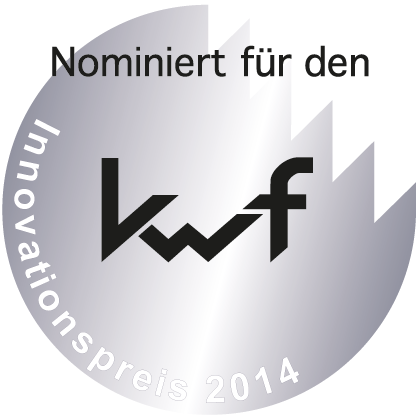 As part of the Wood Flow Logistic 2014 FOVEA is speeching via skype about the topic "Photo surveying" at June 11th in Australia and June 17th in New Zealand.

The Wood Flow Logistics Congress 2014 will take place on June in New Zealand and Australia. It is one of the largest and most expensive conferences for forestry on that place.
FOVEA WINS MAJOR AND SPECIAL PRIZE OF THE FOUNDER COMPETITION IKT INNOVATIVE
JANUARY 2014 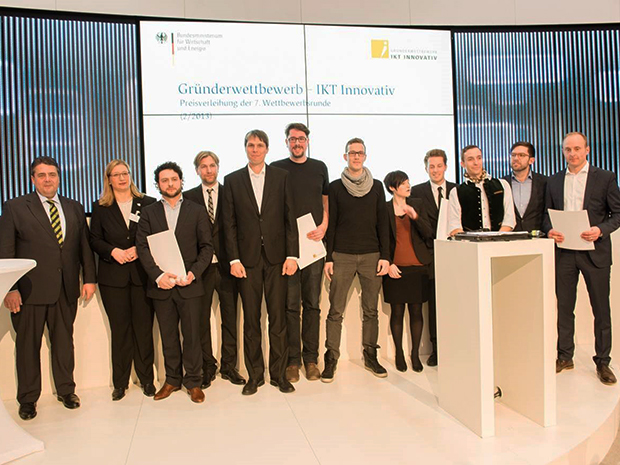 "Federal Minister of Economics Gabriel awarded on 03/10/2014 the HAWK-founding trio FOVEA at CeBIT." 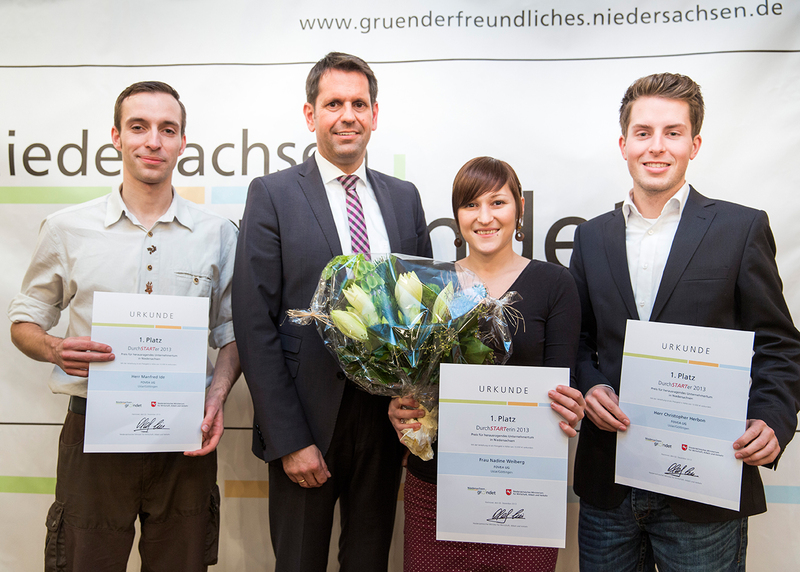 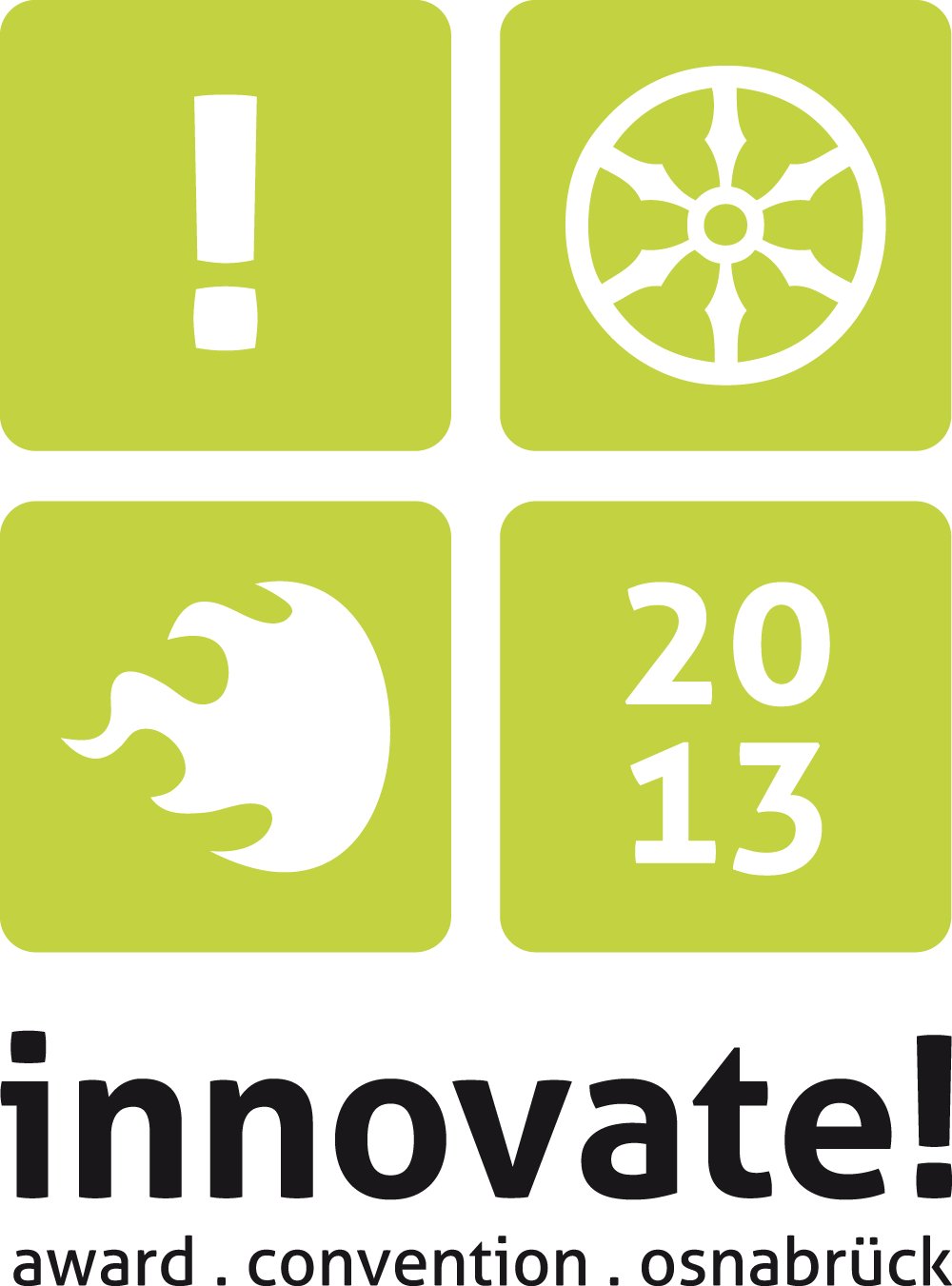 On 7th of November the innovate! Livepitching take place, in which FOVEA could also present itself next to two other nominees in Osnabrück, Germany. The audience chose us with over 50% as the winner in the category Interaction! 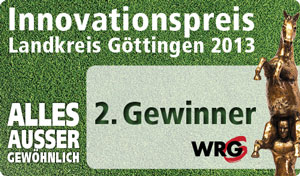 On 28th of November the Innovation Award of Göttingen was awarded at the German Theatre in Göttingen. FOVEA won the second place in the category "founding".

For our app Käferkunde we received the Red Dot Award: Communication Design, one of the world's largest and most renowned design competitions, the coveted Red Dot. In several days of meetings, the international jury evaluated each of the 6,800 submissions. Only the best will be awarded the seal of quality for design. On 18th of October 2013 Nadine Weiberg, Creative Director of FOVEA, received on the Designers Night in Berlin the certificate for the Red Dot. (Photo: Red Dot) 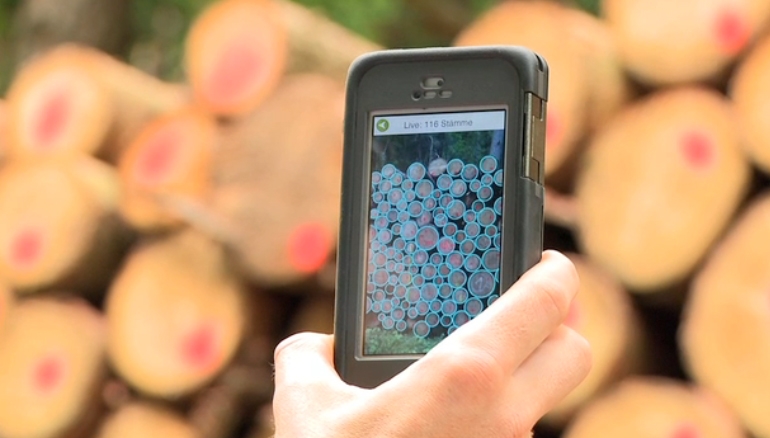 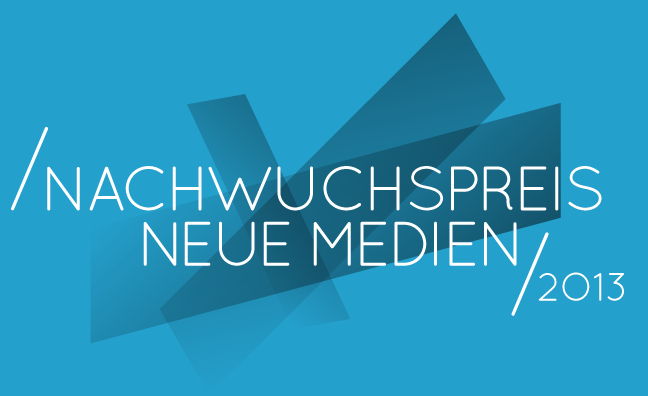 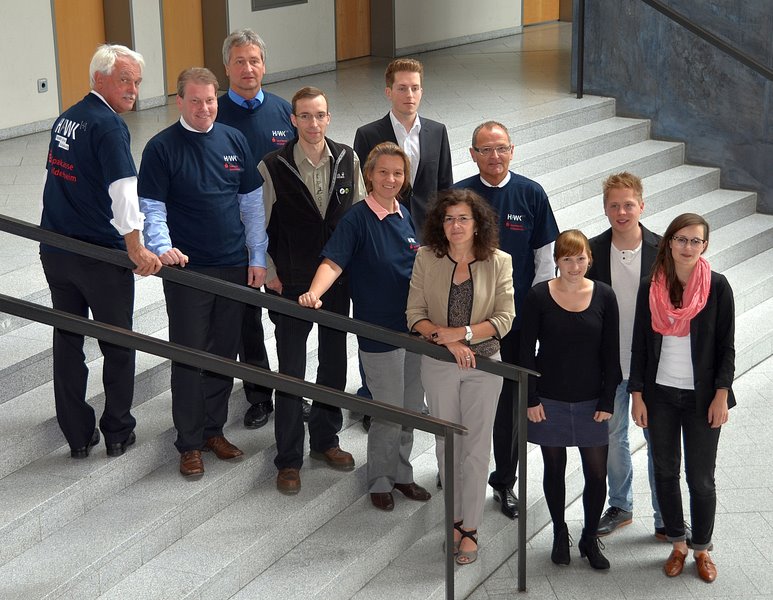 The HAWK is supported by the Sparkasse Hildesheim with a Chair for Business & Entrepreneurship. At the official signing the cooperation agreement, the new Lower Saxon Minister of Science Dr. Gabriele Heinen Kljajić participated. During the event FOVEA could introduce and present itself. More Information you can find here.
LIGNA WAS A FULL SUCCESS
MAY 2013 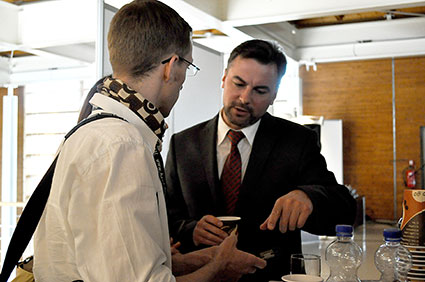 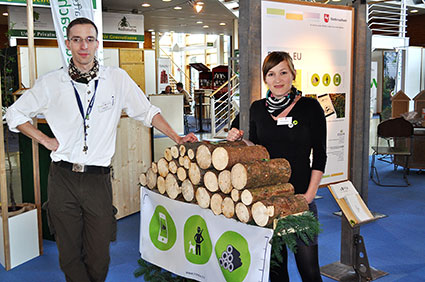 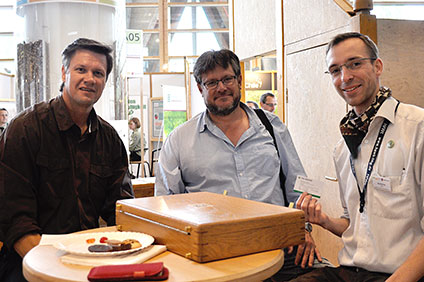 By expanding business relationships with potential national and international clients, LIGNA was a thorough success for FOVEA. The exhibition of FOVEA was very well-attended throughout the whole week. Therefore we had our hands full with introducing our first prototype of the FOVEA-Application and the learnering-app „Käferkunde“.

Already on Monday FOVEA was briefly presented at the KWF matchmaking platform besides some other companies, where the Russian forestry Federation was participating, too. Following that, Manfred Ide was given the opportunity to demonstrate the FOVEA App to Anatoliy Pisarenko (President, Association of Russian forestry professionals).

In addition to these valuable contacts FOVEA formed connections to other countries. Their delegations were particularly interested in FOVEA. The German colleagues were very pleased with the product, too. Therefore the FOVEA application will soon be marketed.

Since December 2013 you can get Waldinvent for free in the Apple App Store. FOVEA developed an app that works as a digital Dendrometer, with which the surface area of a forest can be estimated per hectare. In 2013 there will be a Pro-Version with additional functions of Waldinvent.
INNOVATION AWARD FOR FOVEA
NOVEMBER 2012 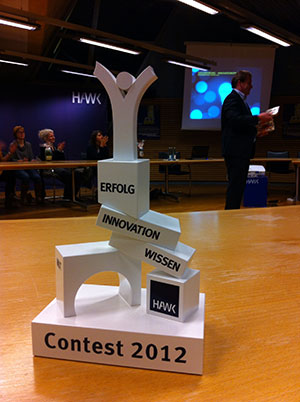 For the first time in the history of the HAWK StartUp Competition there is a innovation prize awarded. About this award is pleased the future company FOVEA. Nadine Weiberg, Manfred Ide and Christopher Herbon want to enable the developement of new software for smartphones to simplify and unify the European wood logistics, mobile data acquisition, photo-optical measurement and control sustainability of wood utilization. The whole article (german) you can read here.
FOVEA GETS EXIST FOUNDERS SCHOLARSHIP
NOVEMBER 2012

FOVEA is supported by the EXIST-Gründerstipendium in 2012/2013.
STAY UP-TO-DATE
Subscribe to our newsletter here to receive information about updates, events and new program functionalities via email. You can unsubscribe any time, as described in our privacy policy.